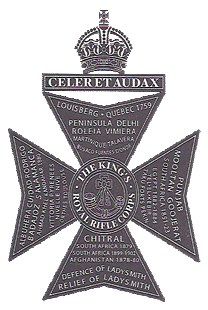 Roland Arthur Pullen was born in Long Crendon in 1898 but by 1901 the family were living in Moreton, Thame, Oxon. His parents were Charles Philip and Rose Pullen (nee Hinton). Roland had three younger brothers, Harold, Charles and Herbert. In 1911, Roland, age 13, was working as a butchers errand boy in Moreton.

Roland was living in Kilburn NW London when he enlisted for service at St Pancras with the Rifle Brigade on 12th July 1915, giving his age as 19 years, and trade as a butcher. After his training, Rifleman L/1573 Pullen went to France on 15th April 1916 to join the 16th Battalion of the Rifle Brigade who had landed in France the previous month.

The battalion, serving with the 117th Brigade, 39th Division remained in trenches in northern France until mid-August when they moved down to the Somme area.

On the 3rd September the battalion took part in an attack north of the River Ancre and sustained over 450 casualties of which over 200 were killed or missing. Roland was one of those killed and was buried in the Royal Naval Division Cemetery between Beaumont-Hamel and Hamel.

In October 1919 the cemetery was closed down, and his remains, together with many of his comrades, were re-interred in the Ancre British Cemetery, Beaumont-Hamel.

Private Roland Arthur Pullen is remembered on the war memorials in Thame and Moreton and also on the memorial board of All Saints church. 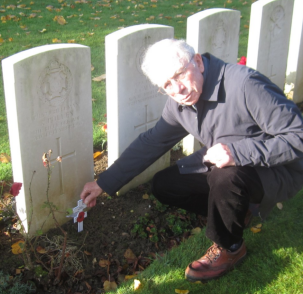