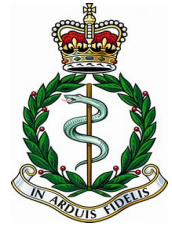 By 1887 he had moved to Thame, and was in practice as a physician and surgeon with  Herbert Grove Lee in the High Street. In 1889 he joined the Oxford and Bucks Light Infantry Territorial’s as a Lieutenant-surgeon, retiring in 1899 as a Captain.

He was examiner and honorary life member to the St John Ambulance Association, surveyor to the medical department of the Admiralty, and a member of the British Medical Association.

He left Thame sometime after 1904, and moved to Surbiton, where he became a local councillor, and joined the 3rd Home Counties Field Ambulance RAMC, as a Captain. He rose with promotion to Lieutenant Colonel, and took command of the unit in 1911.

When the Territorial Force was mobilized, after a period of training, the 3rd Home Counties (83rd) Field Ambulance proceeded to France, and then Belgium, being deployed in the neighbourhood of Ypres.  It was here that Lt Col Edsell contracted pleurisy.

He was invalided home to Surbiton, where he died on 15th August 1915, aged 56.  His funeral took place on 18th August at Kingston upon Thames where he was buried in the cemetery with full military honours.

He was married with three daughters and three sons. All three sons were born in Thame, and served as officers in the Great War.

His name is commemorated on the Kingston upon Thames war memorial.

The Thame Remembers Cross was delivered to Kingston Upon Thames Cemetery, Surrey
on
25th February 2016
by Allan Hickman (Thame Remembers) 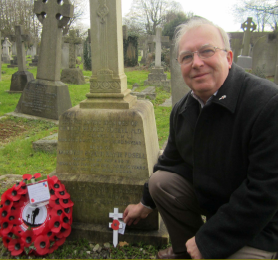