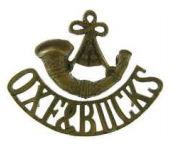 Reginald Phillips was born in Thame in 1893, and baptised at St Mary’s Church on 10th May 1893. He was the youngest of the two sons and three daughters of William and Mary Phillips (nee Goodenough).

The family were living in Chinnor Road in Thame, but by 1901 had moved to South Newington, near Banbury. In 1911 Reginald was listed as a visitor on a farm in Tiddington and learning farming.

In 1914 he was working as a clerk for Aylesbury Dominion Dairy Ltd, leaving them on the 14th September to enlist with the 1/1st Bucks Battalion in Aylesbury, with regimental number 2626. This was later 265866, 1st (Bucks) Battalion of the Oxford & Bucks Light Infantry.

The unit was part of the South Midlands Brigade of the 48th Division, which landed at Boulogne on the 30th March 1915 and by April were in position in the trenches, initially in Belgium, but by mid July had moved to the Somme area of France.

The battalion took part in a number of the phases of the Battle of the Somme throughout July and August of 1916, and then spent most of the rest of 1916 and early 1917 in billets, or “relatively quiet” periods of ordinary trench holding.

After the pursuit of the German retreat to the Hindenburg Line in March/April of 1917, the battalion took its fair share of deployment in the new front line trenches. Lance Corporal Reginald Phillips was one of the fatalities on 8th June 1917.

265866 Lance Corporal Phillips, Oxford & Bucks Light Infantry, is buried in Hermies British Cemetery, Pas de Calais, France. His name is to be added to Thame war memorial and is commemorated on the Dominion Dairy Memorial Board now located in the TA Centre, Aylesbury. 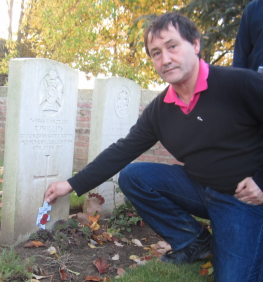