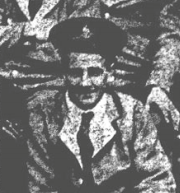 Frederick Price was born in Thame in July 1886, the second of four sons born to George Price and Susan Price (nee Newitt), living in Moor End Lane. Fred, at the age of 13, together with two of his brothers , was baptised at St Mary’s church on 26th February, 1899. By 1901 the family had moved to 8 Church Road, and Fred, age 15, was working alongside his brother as a farm labourer.

Fred enlisted in London with the Royal Regiment of Artillery on 13th February 1911. He served as a driver with the 116th Battery, Royal Field Artillery (RFA), until February 1914 when he was transferred onto reserve. A few months later, at the outbreak of the war, Fred was immediately remobilized and posted to the 29th Battery, 42nd Brigade, RFA, embarking with them to France on the 18th August 1914. The battery went on to see action at Mons and the Marne, and in 1915, at Bellewaarde and the Hooge.

In September 1915, Fred returned to England, posted to reserve brigades, before once again, in February 1916, embarking for France, this time with B Battery of the new 158th (Accrington & Burnley) Brigade. The brigade was known colloquially as “The Howitzers”, although they had given up their howitzers the previous year, and were then armed with quick-firing 18 pounder field guns. Fred was promoted to acting Bombardier on 26th February.

According to reports in the Accrington Gazette, the weather during the brigades first few weeks in France was appalling, with much rain, snow and frost. It was likely this, together with the stress of active service, that caused a deterioration in Fred’s health. On the 15th June 1916 he was returned to UK on medical grounds, and was admitted to the 4th London General Hospital RAMC.

He was still there when he was discharged as unfit for military service on 12th July 1916 with Potts Disease of the Spine, a form of tuberculosis, which had led to paraplegia.

64601 Bombardier Frederick Price, Royal Artillery, died on 14th September 1916, age 28 years, and was buried in St Mary’s church yard, Thame, four days later. He is remembered in Thame on the war memorial, and on All Saints’ church memorial board. 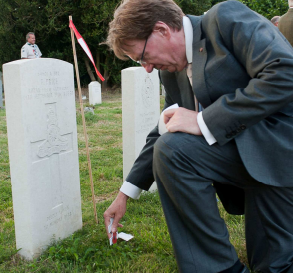