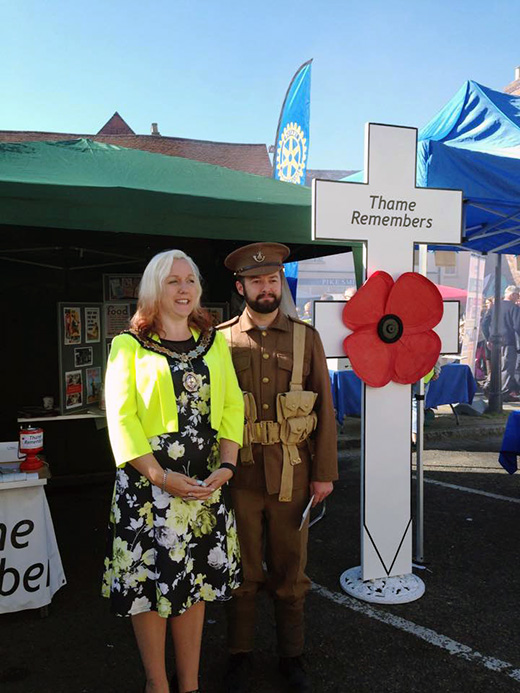 Food for thought at Thame festival

More than 25,000  people from Bucks, Berks, Oxon and beyond made their way to the scenic town of Thame for the 2015 Food Festival last weekend.

Thame Remembers were active in the event as we promoted the project, showed a typical WWII food ration for the week, typical food recipes from yesteryear and Steve Perry dressed in the WWI Berks & Oxon army uniform.

Lots of exciting opportunities have arisen and the team are excited about future cross deliveries, especially in Gallipoli, Turkey.

We were also thrilled to see the Mayor, one of the actors from Journey’s End, the Town Clerk, Sonja Francis and other valued supporters of the project.